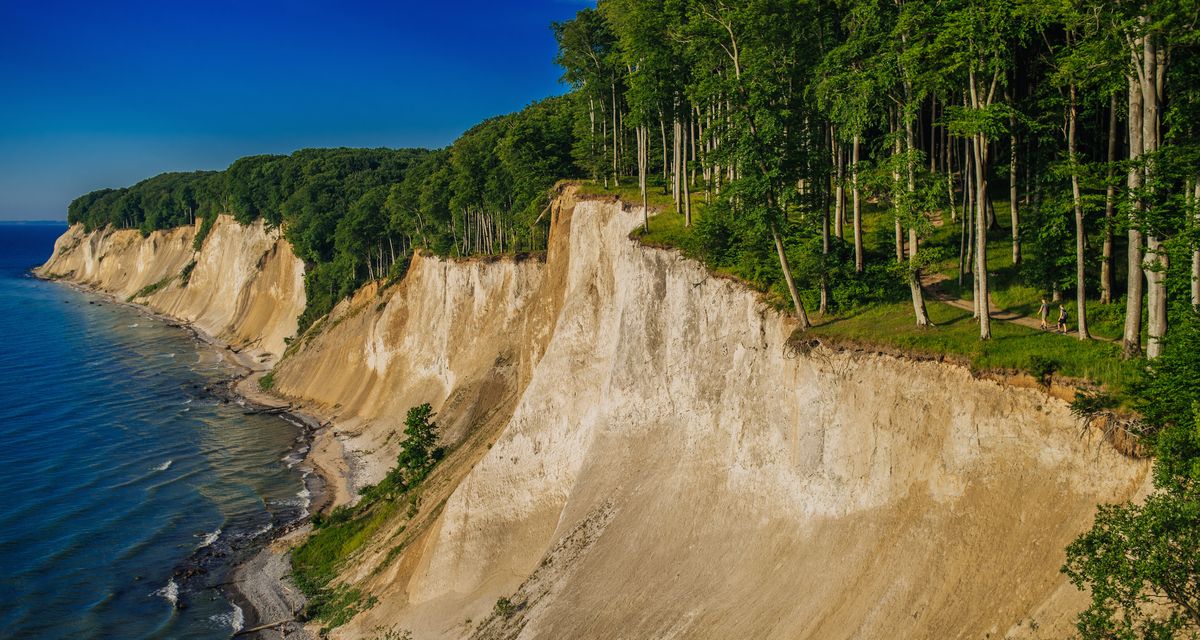 THE ISLAND OF RÜGEN: FACTS AND FIGURES

THINGS YOU ALWAYS WANTED TO KNOW ABOUT GERMANY’S LARGEST ISLAND

Rügen is Germany’s largest island. It is situated in the federal state of Mecklenburg-Vorpommern and part of the district of Vorpommern-Rügen. No town or village on the island is more than 7 kilometres away from the coast. The first settlers arrived on the island during the Stone Age, around 10,000 years ago. Later, under Slavicrule, Rügen gained in importance as a trading hub and a cult site. The roots of Rügen’s tourism can be found in Sagard, where pastor Willich opened the first bathing and recreation facility in 1795. In 1817/18, the Goor region near the village of Lauterbach became the location of a public bath, built by order of Wilhelm Malte I, Prince of Putbus. Gradually, fishing and farming villages at the Baltic Sea coast developed into bathing and health resorts.

Located in the Jasmund National Park, Germany’s smallest national park, the chalk cliffs are among the most impressive landmarks of the island. In 2011, the "Old Beech Forest" was added to the UNESCO World Heritage list. Other unique nature reserves include theWestern Pomerania Lagoon Area National Park and the Southeast Rügen Biosphere Reserve including the Mönchgut peninsula and the island of Vilm.Around 2,000 hours of sunshine per year make Rügen and Hiddensee two of the sunniest regions of Germany. In 2016, approximately 1.395 million arrivals and 6.464 million overnight stays were recorded here.

There are four towns on the island of Rügen: Garz (the oldest town) Putbus (the former residence of the Prince) Bergen (the biggest town and former district capital) Sassnitz (the youngest town of the island, also a port town)
Total population of Rügen: approx. 63,000

Tourismuszentrale Rügen GmbH"Rügen. Wir sind Insel." (roughly translated as: "Rügen. More than an island.") Since 2001, this has been the slogan used by the Tourismuszentrale Rügen –Gesellschaft für Marketing und Öffentlichkeitsarbeit mbH (TZR) to promote the island of Rügen around the world.
The TZR is a municipal corporation owned by the Baltic Sea resorts of Binz, Sellin, Baabe, and Göhren, as well as by the towns of Sassnitz and Putbus.
www.ruegen.de
www.wirsindinsel.de