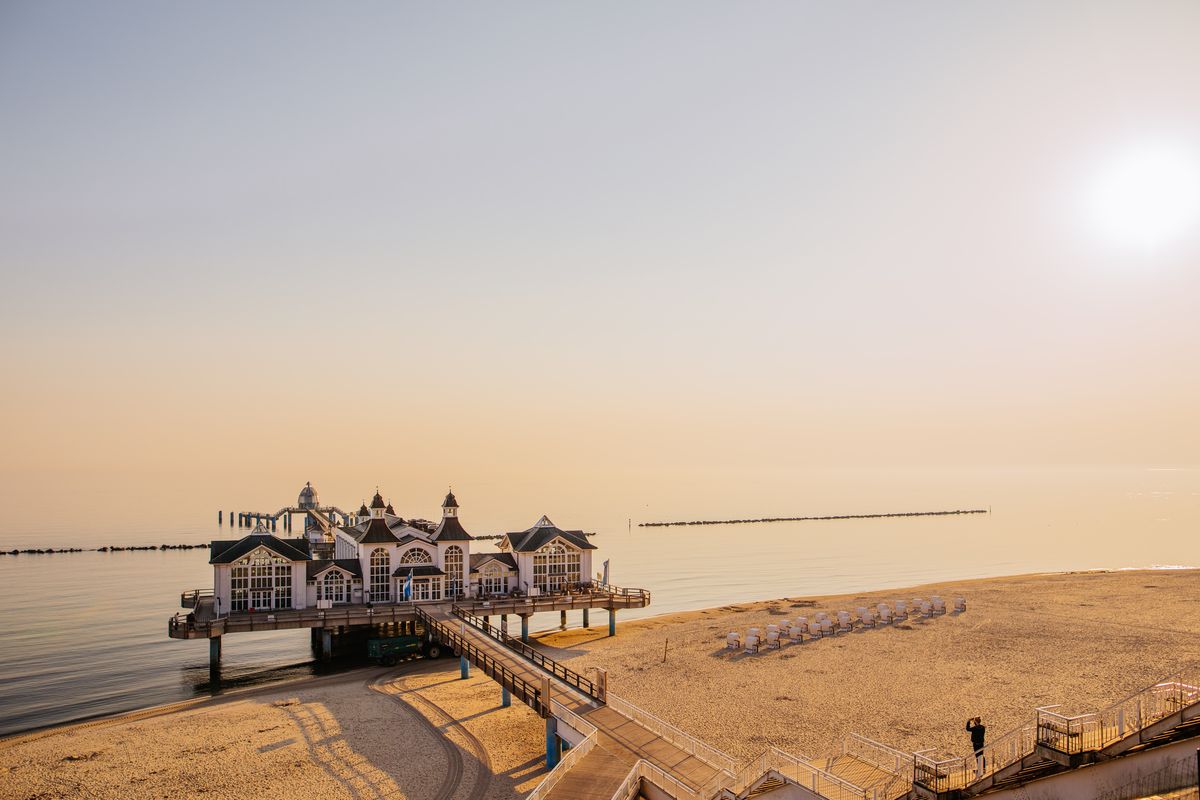 Architecture as the overarching Theme of the TZR’s 2019 Campaign

Futuristic hypar shell structures, classy Spa Villas, or majestic piers: The architecture on the island of Rügen is as multi-faceted as its landscapes. In the coming months, the Tourismuszentrale Rügen (Rügen Tourism Centre, TZR) will dedicate a campaign to the island’s architectural heritage. The focus will be on unique buildings and their designers, ranging from classical constructions such as the Badehaus Goor in Lauterbach to the Schinkel tower on Cape Arkona or the hypar shell structures conceived by the visionary architect Ulrich Müther. The campaign comprises background stories, interviews, photo galleries, events and guided tours, all highlighting the island’s architectural gems. Locals and visitors can look forward to themed events, among them “Spa Architecture Month” in May and “Müther Week” in September in the seaside resort of Binz.

Thematically, the series is linked to the 2019 campaign of the German National Tourist Board, which revolves around the 100thanniversary of the Bauhaus style. The Tourismuszentrale Rügen’s year-long campaign of 2019 also puts the emphasis on this period of architecture by focusing on Ulrich Müther, one of the most famous representatives of architectural modernism. “We selected architecture as a theme to show that Rügen has more to offer than beautiful landscapes. Furthermore, we wanted to emphasize that architecture and nature are closely intertwined on the island”, says Mana Peter, managing director of the Tourismuszentrale Rügen. “This applies to the former rescue tower in Binz as well as to the Spa Villas, which served as a holiday residence for wealthy holidaymakers. Up to this day, our visitors can enjoy this combination of nature and architecture –a bonus to the traditional holiday experience”, Mana Peter adds.

Rügen’s architectural history is closely linked to tourism. The white, often richly ornamented Spa Villas give an idea of howthe bourgeoisie used to spend their holidays towards the end of the 19th century –even now, they are still characteristic of theidyllic holiday region by the Baltic Sea coast. However, in the GDR, the picture was entirely different: Functional holiday facilities aimed at providing a feeling of community and romantic camping atmosphere. Today, Rügen attracts visitors with its modern minimalism and comfort. The use of sustainable materials is becoming increasingly important, as in the stilt house suites in the wellness spa “im-jaich” in Lauterbach.

One of the central themes of the 2019 campaign are the works of Ulrich Müther. Born in the seaside resort of Binz, the construction engineer and architect who would have celebrated his 85th birthday in 2019 is known well beyond the borders of the island for his hypar shell structures. Throughout Germany and beyond, the engineer has immortalized himself with unique buildings, such as the Teepot in Warnemünde. Several of his works can be seen on Rügen, such as the famous Müther Tower, the “Inselparadies” in Baabe, the beach restaurant “Ostseeperle” in Glowe, or the “Kurmuschel” in Sassnitz.For more information on the 2019 campaign visit www.ruegen.de/inselbaukunst.

About TZR:"Rügen. Wir sind Insel." (roughly translated as: "Rügen. More than an island.") Since 2001, this has been the slogan used by the Tourismuszentrale Rügen –Gesellschaft für Marketing und Öffentlichkeitsarbeit mbH (TZR) to promote the island of Rügen around the world. The TZR is a municipal corporation owned by the Baltic Sea resorts of Binz, Sellin, Baabe, and Göhren, as well as by the towns of Sassnitz and Putbus.
RESSEKONTAKT   Claudia Große
FON +49 (0) 38 38 | 8077 47
FAX +49 (0) 38 38| 8077 31
MAIL presse@ruegen.de