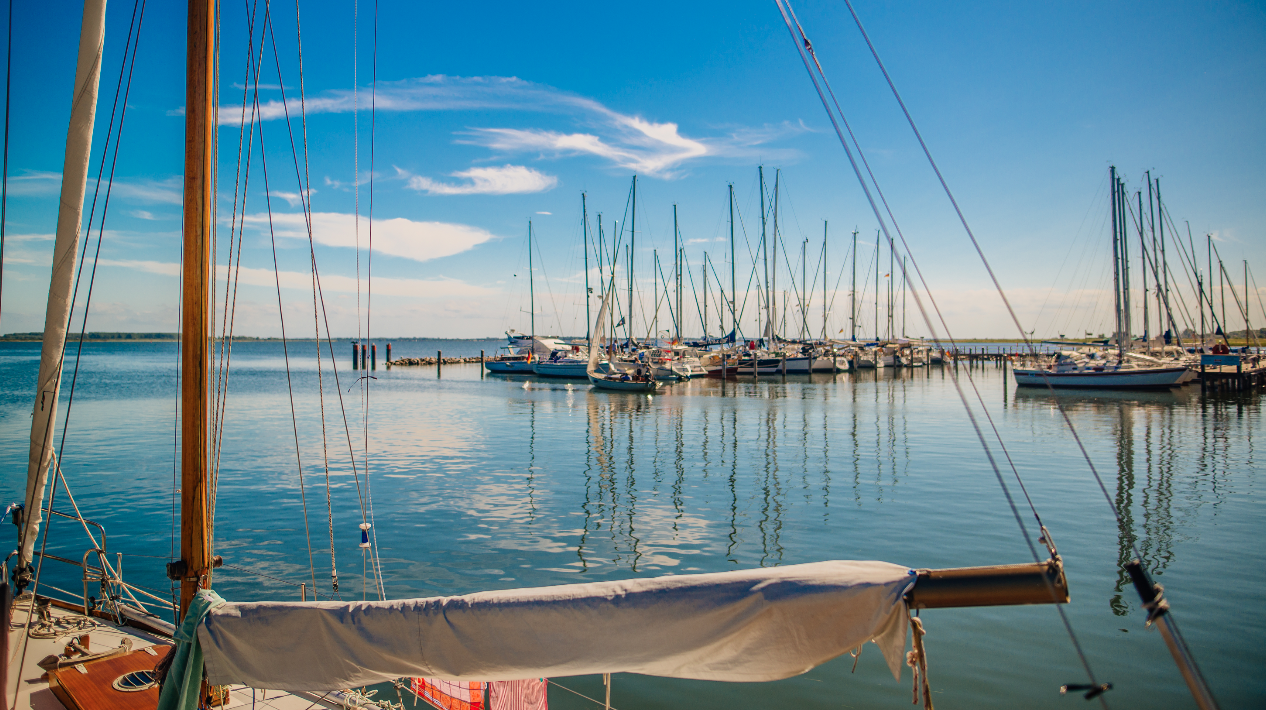 The island of Hiddensee is located in the Baltic Sea, west of the island of Rügen, and has already been inhabited since the early Stone Age. After the Germanic people left the island in the 6thcentury A.D., the Slavs settled here. They were exiledby the Danes in the 12thcentury.Between mid-17thcentury and beginning of the 19thcentury, the island was administrated by Sweden, until ultimately belonging to Prussia, respectively Germany, from 1815 onwards.

The best-known landmark of the island of Hiddensee is the lighthouse on the Dornbusch in the north of the island.An amazing view on the idyllic surroundings unfolds when ascending the lighthouse. In the district Kloster stands the Art Nouveau Villa Lietzenburg, which was erected by the famous painter Oskar Kruse. The summer residence of the Berlin artist turned into a popular meeting place for other painters, authors and scientists, such as Thomas Mann, Max Reinhardt or Albert Einstein. Another artist colony had been founded by the painter Henni Lehman in the neighbouring village of Vitte. Likewise located in Kloster is the museum of local history of the island of Hiddensee, where various works of eminent representatives of the two artist colonies are being displayed. Furthermore, more than 450 exhibits and 2,500 photographs, slides and post cards illustrate the history of the island. Moreover, in a permanent exhibition in the national park centre, the visitor learns information worth knowing about the Western Pomerania Lagoon Area National Park(“Nationalpark Vorpommersche Boddenlandschaft”).

Fine sandy beaches invite visitors to swim, relax, sunbathe and to engage in further activities. On a hiking vacation, one can explore the characteristic heath and dune scenery of Hiddensee with its unique fauna and flora on the picturesque hiking trails Also, riders and cyclists will get their money’s worth and will be thrilled by the well-developed and signposted path network of the island of Hiddensee. In spring and in autumn, thousands of migratory birds on the journey to their breeding places in the North, respectively to their winter habitats in the South, can be observed.