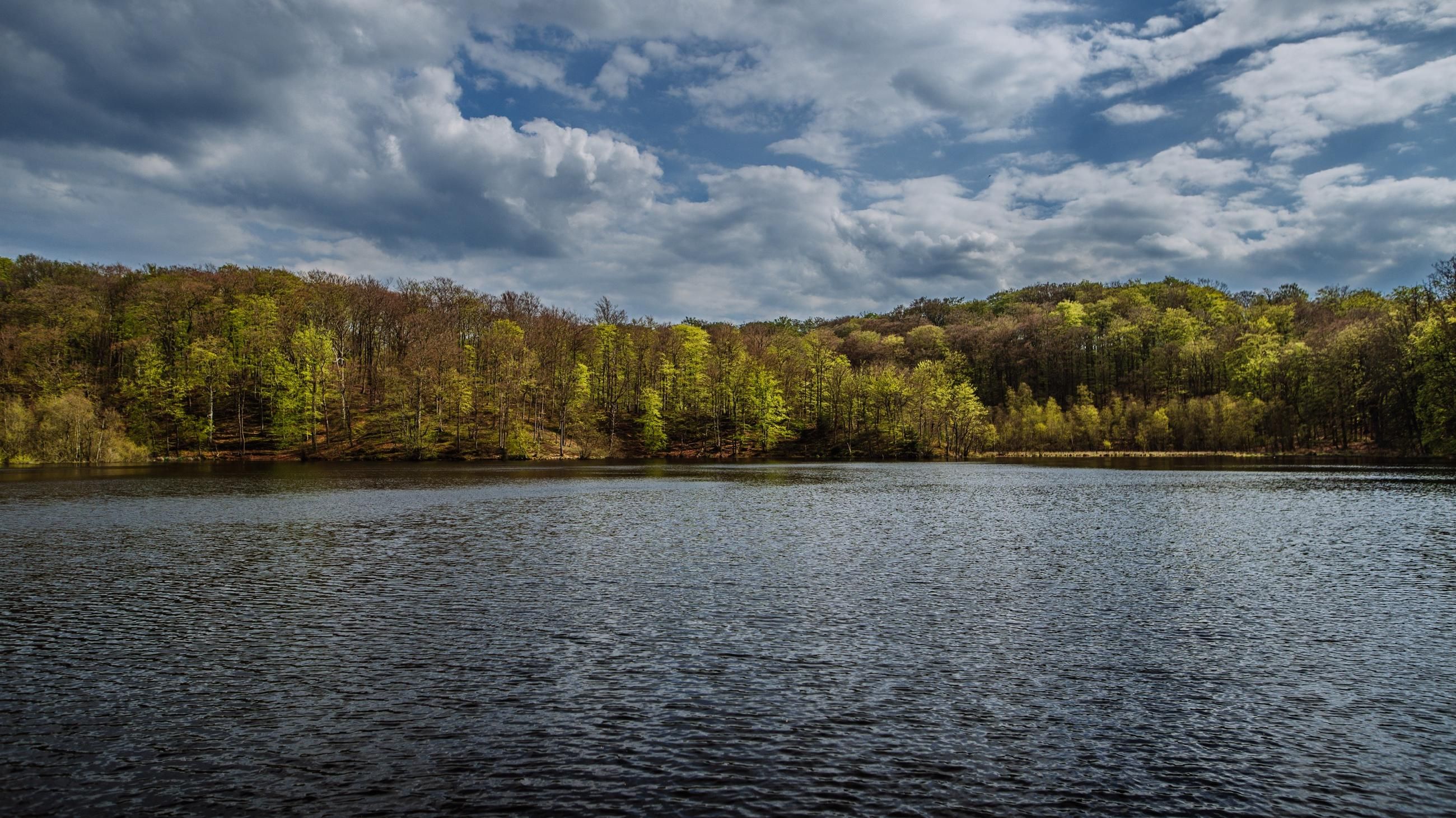 The Granitz is a protected woodland on the island of Rügen, located between the towns of Binz and Sellin. It has been part of the Southeast Rügen Biosphere Reserve since 1991. Beeches and sessile oaks create a pleasantly shady atmosphere in the hilly landscape – legacy of a push end moraine. In the northeastern part, down the cliff coast, lies the Baltic Sea. To the south begins the Mönchgut plane and to the northwest the so called Schmale Heide (“Narrow Heath”), a flat spit of land with flint fields. The Schwarzer See („Black Lake”) with a size of 23 hectares is a popular destination for a trip. The towering Jagdschloss Granitz (“Granitz Hunting Lodge”) is another site worth seeing.

The Granitz is characterised by kettle bogs and by a well-developed network of hiking trails. The forest area can be reached by using the Rügensche Kleinbahn, a steam-powered narrow-gauge railway, also called Rasender Roland („Racing Roland”). Alternatively, the Binzer Bäderbahn (“Binz local railway”) leads here from the Baltic Sea resort and can be used for free with the resort card. The highest point in the area, the temple mount, tempts with its hunting lodge, which has been built by Wilhelm Malte I., Prince of Putbus, in the 19thcentury. During a tour through the north Italian Renaissance building, when ascending the viewing tower, one should not be afraid of heights: Through the cast-iron staircase an unbroken view opens into the depths. The ascent is worth the effort though. The viewing platform allows for a wide view over the green woods and meadows of Southeast Rügen as well as the Baltic Sea.

Another interesting attraction is the Granitzhaus right next to the castle, which houses the information centre of the biosphere reserve. One can visit the grave of a Finnish warrior, marked by an inscribed and ornated cast-iron plate, on a hike. The popular Kreuzeiche („cross oak“) is at the same time way marking and indication for the cross roads. Further hiking trails lead along the Teufelsschlucht („Devil’s Gorge“) and the cliff coast. Schwarzer See („Black Lake“), Tempelberg („Temple Mount“) and Teufelsschlucht (“Devil’s Gorge”) – the idyllic natural reserve with these mystical sounding places, offers unforgettable impressions and an insight into the history of the beautiful area, to hikers and lovers of nature.